Islamic leaders to stop polio worker attacks
Top World Health Organisation officials and Islamic leaders will meet in Egypt next week in an effort to stop attacks on polio workers, which are hampering the eradication of the virus in some countries with large Muslim populations.
"Shooting health workers who are protecting kids from this crippling disease is against the Koran and everything Islam stands for," WHO's Assistant Director-General Bruce Aylward told Reuters in Canberra said on Friday.
Gunmen in Pakistan and Nigeria have killed more than 20 health workers in the past three months in a series of attacks linked to a backlash against the immunization program against the crippling virus.
"Muslim leaders have been great advocates of immunization and generally the support has always been there. In Cairo, we are meeting senior Islamic leaders to get a sense of what we can do, and ask them how can you help us," said Aylward.
The WHO has successfully eliminated polio from most nations after a 25-year campaign, but the crippling condition remains endemic in three nations, Afghanistan, Pakistan and Nigeria, where some influential Muslim leaders have opposed the program as a conspiracy of western medicine.
WHO remains on target to eradicate polio globally by 2018, Aylward said, despite a violent backlash from militant groups in Pakistan and Nigeria.
But there are also worrying signs of persistence, with the polio virus found in sewers in Cairo in January, with the type linked to the indigenous strain in Pakistan. Egypt has not had a case of polio since 2004.
Aylward said while the violence has forced the WHO to revise is approach to immunizations in both Pakistan and Nigeria.
"The goal is to put tools in the hands of the communities to immunize their own kids," Aylward said.
"The overall risks (of contracting polio) are getting smaller, because we are finally getting into some of these difficult places," he said.
Since 1988, the WHO has cut the number of global polio cases from 350,000 to just 225 in 2012, with India declared polio free in January 2012. 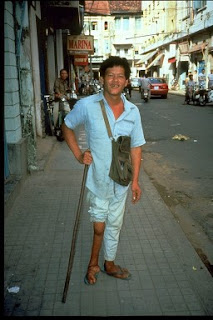 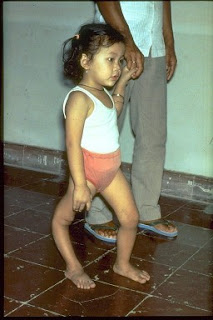