Personally i suffer from serious PMS, so you can imagine how grateful i was when i found this article i have tried to simPlify it as much as possible for an easy read. Enjoy read and share. 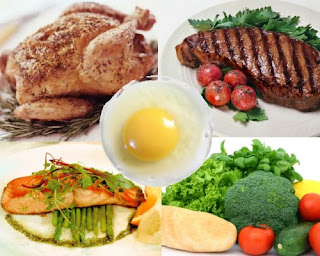 Premenstrual syndrome (PMS) has a wide variety of symptoms, including mood swings, tender breasts, food cravings, fatigue, irritability and depression. An estimated 3 of every 4 menstruating women experience some form of premenstrual syndrome. These problems tend to peak during your late 20s and early 30s. Symptoms tend to recur in a predictable pattern. Yet the physical and emotional changes you experience with premenstrual syndrome may be particularly intense in some months and only slightly noticeable in others(MORE ON PMS)

Women who eat diets rich in iron are 30 to 40 percent less likely to develop pre-menstrual syndrome, or PMS, than women who consume lower amounts, researchers at the University of Massachusetts, Amherst, and report in the American Journal of Epidemiology.
The study -- one of the first to assess dietary mineral intake's impact on PMS symptoms -- suggests that the link between iron intake and PMS may reflect iron's role in the body's production of serotonin, a chemical that regulates mood and emotions.
"Iron also helps with preventing fatigue, which is a problem with PMS as well," explains Joan Salge Blake, RD, a clinical professor of nutrition at Boston University who did not work on the study. Blake says iron's importance to cognitive function is well known, and says iron also helps improve muscle function and reduce muscle fatigue.
Researchers used self-reported data from about 3,000 women enrolled in the prospective Nurses' Health Study II. None of the women reported PMS at the beginning of the 10-year study period. After a decade, more than 1,000 women reported PMS. Adjusting for calcium intake and other factors, the researchers then compared previous mineral intake reported by the women diagnosed with PMS with that of women who had few or no symptoms.
The women who consumed the most non-heme iron -- the form found in plant foods and in iron supplements -- had the lowest PMS risk. Interestingly, the level of iron associated with a lower risk of PMS was slightly higher than the current recommended daily amount -- 20 mg, up from 18 mg.
Blake says that adequate iron levels are essential for people of all ages, particularly menstruating women. Meat, fish, and poultry are some of the best sources of iron, as well as plant sources, such as beans, and iron-fortified breads, cereals, and pasta, she says. The key to plant-based iron sources, Blake says, is to pair them with a vitamin C-rich food to help boost iron absorption. "If you're eating a whole wheat pasta that's enriched in iron, pair it with tomato sauce," she suggests. "If you're having cereal in the morning, have a citrus fruit to go with it."
Because a high iron intake can come with health risks, women should always consult a doctor and a registered dietitian before starting iron supplements, Blake says.
High intake of zinc was also associated with a lower PMS risk in the study. Women consuming the highest amount of potassium -- found in bananas and potatoes -- had a higher risk of a PMS diagnosis than the women who consumed the lowest amount of potassium. Potassium's role in PMS could be because of it helps regulate fluid balance in the body, affecting PMS symptoms such as swelling and bloating. More research is needed to examine this link.
In general, it didn't matter whether the minerals were from supplements or food sources, researchers note. Intake of other minerals, including magnesium, copper, sodium, and manganese were not associated with PMS risk in the study. 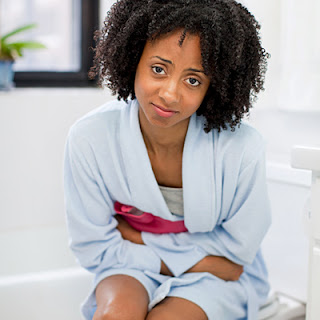