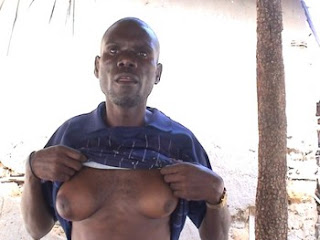 I don't know about you but i don't see anything sexy about a man having boobs! it just does not make sense to me. The person entitled to that should be only the females. As strange as it may sound its true men  now grow breast not only as a result of fats but due to long use of certain chemical used primarily in the production of polycarbonate plastics and epoxy resins and also used in canned foods.
Should you stop eating canned foods?
Bisphenol A (BPA)  Polycarbonate plastics have many applications aside use in some food and drink packaging, e.g., water and infant bottles, compact discs, impact-resistant safety equipment, and medical devices. Epoxy resins are used as lacquers to coat metal products such as food cans, bottle tops, and water supply pipes. Some dental sealants and composites may also contribute to BPA exposure.
Can BPA give a man boobs? According to a new report in the journal Reproductive Toxicology, early exposures to the chemical commonly found in canned foods (short for bisphenol-A) could promote abnormal breast growth in boys and adult men.
Researchers exposed male mice to very low doses of BPA, and found that the mice went on to have enlarged mammary tissue in adulthood, explains study author Laura Vandenberg, PhD, a postdoctoral fellow of biology at the Center for Developmental and Regenerative Biology at Tufts University.
“This study provides additional evidence that the mammary gland is exceptionally sensitive to low doses of BPA when exposures occur during early development,” she says. “What is different about this study is that it is the first to suggest that the male mammary gland could be affected by BPA exposures.”
The study also gives additional evidence that environmental chemicals could play a role in gynecomastia, a condition that causes abnormal breast growth in boys and men, and one that may cause significant emotional distress, Vandenberg says.
BPA has already been linked to breast and prostate cancers, heart and kidney damage, behavioral problems, obesity, and type 2 diabetes. It’s a chemical that’s currently produced at a high rate, with about 6 billion tons produced throughout the world annually. The quantities are staggering, considering that a miniscule amount could cause permanent damage.
BPA is so commonly used in consumer products that it’s actually starting to invade our environment, where its effects have been noted. Now detected in air, sand, and water, the chemical acts like a synthetic estrogen; even tiny doses of it could alter your body’s ability to regulate natural bodily functions.
About a dozen states have taken measures to remove BPA from baby bottles, sippy cups, or the lining of baby formula cans, but researchers agree that this is only solving one part of the problem. Since of the most damaging exposure happens prenatally, if a pregnant mother ingests BPA, it could spark damage in her child that may not show up for decades.
The wave of evidence suggesting BPA problems in men, women, and children isn’t expected to subside anytime soon. The number of studies reporting low-dose problems with BPA exposure in laboratory animals continues to climb, and more studies looking at the chemical’s impacts on the metabolic and immune systems, brain development, and reproduction are expected to come out by year’s end. 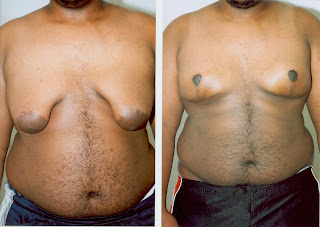 A MAN BOOBS BEFORE AND AFTER SURGERY
HOW TO PROTECT OUR FAMILY FROM THIS
To protect your family from harmful BPA chemicals and replacements, avoid eating and drinking from plastic containers, and if you must use them, never heat the plastic in the dishwasher or microwave—doing so accelerates chemical leaching. Say no to receipts you don’t need, since BPA or potentially harmful BPA replacements are used to coat the paper and can seep into your skin. Choosing fresh or frozen vegetables and other foods instead of canned will also reduce your exposure to hormone-disrupting chemicals.

This story originally appeared on Rodale.com.