Study: Being Famous May Shorten Your Life 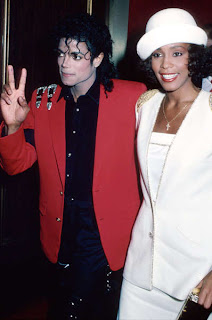 Celebrity life may not be all that it’s cracked up to be. Aside from the glitz and glamour that comes with the spotlight, a new study finds that actors, musicians and sports stars may live shorter lives, reports the Atlantic.
Examining the obituaries of some of society’s most prominent members published in theNew York Times, researchers in Australia found that performers and athletes tended to die on average at age 77, while those in non-performing creative careers like artists


Read more on this here:  writers and composers passed away at 79; academics and medical professionals lived until about 82 and those in business or politics survived until 83. The study, led by professor Richard J. Epstein of the University of New South Wales and Catherine Epstein of the University of Queensland, provided the analysis based on 1,000 obituaries published between 2009 and 2011. Published in QJM: An International Journal of Medicine, the study also had a heavily weighted gender distribution towards men. There were only 186 obituaries for women and 813 for m

However, researchers emphasize that the study does not provide any conclusive answers, although it does raise interesting questions about the price of fame. As Epstein told the BBC:

“First, if it is true that successful performers and sports players tend to enjoy shorter lives, does this imply that fame at younger ages predisposes to poor health behaviours in later life after success has faded?
“Or that psychological and family pressures favouring unusually high public achievement lead to self-destructive tendencies throughout life?
“Or that risk-taking personality traits maximise one’s chances of success, with the use of cigarettes, alcohol or illicit drugs improving one’s performance output in the short term?”