People who eat this kind of diet - which includes fried and sweet foods, processed and red meat, refined grains and high-fat dairy products - are at increased risk for premature death. And those who do make it to old age are less likely to be in good health when they get there, the researchers said. 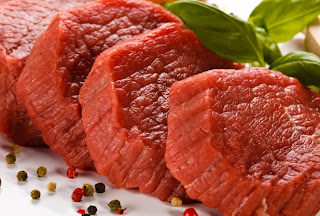 The study included nearly 3 800 men and 1 600 women in Britain, with an average age of 51, who were followed from 1985 to 2009. By the end of that time, 73% of the participants had experienced normal ageing and 4% had undergone ideal ageing, which is defined as free of chronic conditions with high scores on tests of physical and mental abilities.

During the follow-up period, 13% of the participants had a nonfatal cardiovascular event, 3% died from heart-related causes and 7% died from other causes, according to the research, which was published in the May issue of The American Journal of Medicine.

Those who ate a Western diet were less likely to have ideal ageing, lead investigator Tasnime Akbaraly of INSERM, a biomedical and public health research institution in Montpelier, France, said.

"We showed that following specific dietary recommendations may be useful in reducing the risk of unhealthy ageing, while avoidance of the Western-type foods might actually improve the possibility of achieving older ages free of chronic diseases and remaining highly functional," Akbaraly said.

"A better understanding of the distinction between specific health behaviours that offer protection against diseases and those that move individuals toward ideal ageing may facilitate improvements in public health prevention packages," Akbaraly added.