WHY ARTIFICIAL NAIL IS NOT SO GOOD 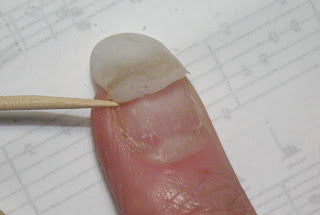 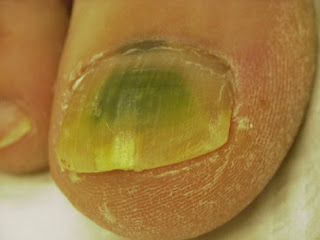 Experts in the Tourism and Culture sector recently called for caution on artificial nail fixing by women, and said that the implication could be disastrous for health.
Artificial nails, also known as fake nails or fashion nails, are coverings placed over a woman fingernails to beautify it.
Some of them are fibre nails, acrylic nails and glass nails to mention a few, and they cost between N500 and N2,500.
Mrs Rachael Collins, an artist, said in Abuja that although nail fixing improved the beauty of a woman, it could also be dangerous if not well managed.
Collins said that apart from the after effect of nail fixing, the cost implication was another thing that could lead to break down of economic and financial power of the individual.
``Fixing of the nail is very common among young women. There are some who don’t feel comfortable if they don’t fix the nail.
`` Some go extra mile to spend the last cash on them to fix their nails.
`` Now, I am not saying that the act of fixing the nail is not good, but should be minimised as it could be dangerous to health,’’ she said.
She said that a long time fixing of the nail could brittle the nail, thereby causing fungi infection to the hand.
Miss Aminat Rufai, a beautician, said nail fixing was not part of Africans life, adding that women could accept other accomplished method of beautifying the nails.
She, however, called on beauticians to help ameliorate the effect of nail fixing to avert the effect by using good and improved nail cosmetics.
``Nail fixing may cause accident to the cuticles, which can also lead to bacterial infections,’’ she said.
Rufai said the artificial nail fixing, if fitted properly, would not be problematic but that fixing it for a longer period could damage the nail.
``Long term use and poorly fitted nails can seriously damage the nail bed and as well hamper natural nail growth.
``The most common problem associated with artificial nails is a bacterial infection that may develop between the false and natural nail.
``When artificial nails are applied to the natural nail surface, minor types of trauma to the artificial nails can happen from something as harmless as scraping a nail against a firm surface.
``This can cause separation of the nail from its nail bed. This allows bacteria and fungus to potentially enter the separated area setting up an infection,’’ she said.
She also said that most hospitals would not allow their employees to have the artificial fingernails due to the risk of harbouring infection, which could be transmitted to patients.
Rufai said it could as well be injurious to salon workers, who were exposed to chemical fumes from artificial nails.
``Nail fixing also affects salon workers, who face exposures to other chemicals used while fixing the nails such as toluene and dibutyl phthalate,’’ she said.